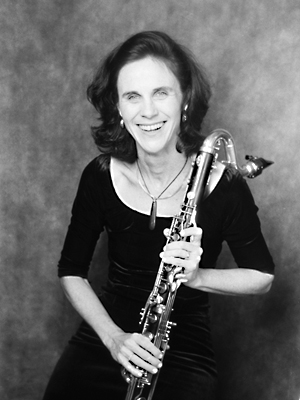 Ros Dunlop is one of Australia’s leading clarinetists/bass clarinetists. She has been a strong advocate of new music for the clarinet & bass clarinet all her professional life. She has commissioned many Australian Composers and premiered many new compositions by composers worldwide.

Ros has performed throughout Australia, New Zealand, Canada, the UK, Europe, Japan, Hong Kong, East Timor, China and the USA. She has performed in numerous festivals, including several International Clarinet Festivals in The USA, Japan, Canada and Europe. Her CDs have received International acclaim.

Ros is a member of the chamber ensemble Charisma, with whom she has commissioned and premiered many new works including many multimedia premieres.