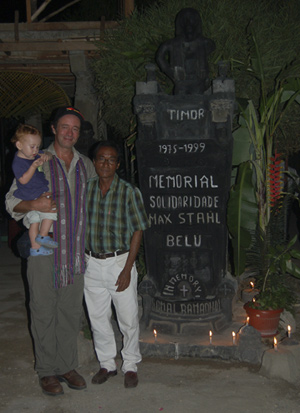 Max Stahl is famous in Timor Leste. The images he filmed played a key role in putting Timor Leste on the map from 1991 through to 1999, and live on in the consciousness of the Timorese. His work is recognized internationally as pivotal not only in documenting the trauma and the heroism of Timor’s search for liberation, but in engendering political change.

Timor Leste is perhaps the first nation in history to have achieved its independence through the power of audiovisual images reaching out to the international community. These images of bravery and peaceful commitment, which inspired people around the world to share in an international intervention to foster a new nation, are a precious inheritance to the Timorese.

The story of the struggle of the people of Timor Leste for nationhood, democracy and prosperity is epic. Its roots in traditional culture, as well as in the voices of those who fell in the pursuit of a democratic dream, belong in the process of development of the young nation. But this story has relevance far beyond the borders of the world’s newest nation and the process of nation building undertaken in Timor Leste. 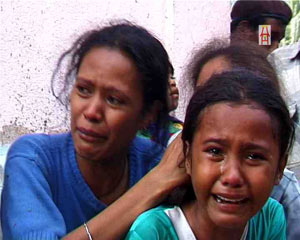 The film material at the Archive documents Timor Leste’s long and remarkable struggle for independence: the crucial turning points and experiences that form the nation’s consciousness. These are true stories of sacrifice, suffering and tragedy. Behind them are many more of courage, endurance, mystery, humour and joy. These stories knitted the Resistance in Timor Leste together under pressure, feeding the modern struggle.

That struggle was a struggle won by ideas. The story of how a tiny, almost forgotten nation vastly weaker than its occupier came to inspire and then involve the world in winning its freedom broke new ground in the fields of human rights and international order. In the process of change, Timor Leste has much to offer the world. A democracy, a new nation is being born. It is a unique event and is being recorded by The Max Stahl Active Archive & Cultural Resource Centre. 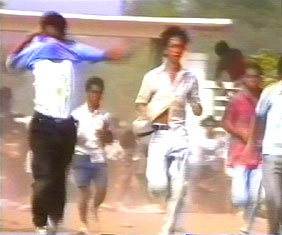 THE MISSION
Our mission is to assist the newly independent Timor Leste in rediscovering its past and fostering an understanding of its unique cultural heritage; to help unite and secure the identity of the country and its people; to contribute to the forging of a new democratic nation; and to explore and celebrate the living culture of Timor Leste as an integral part of its life and development. Finally, to place the resources of this experience at the service of peace and understanding regionally and worldwide.

CURRENT WORK
The Max Stahl Active Archive & Cultural Resource Centre for Timor Leste now employs (on a full- or part-time basis) 25 Timorese nationals in a variety of technical, research and administrative roles, all of whom are subject to continuous on-site training, mentoring and direct work experience. Max Stahl himself serves as International Director. 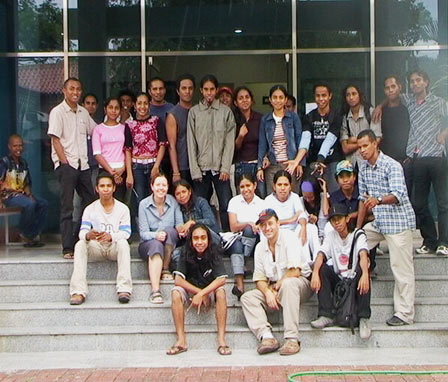 The membership of its Governing Council – His Eminence Ricardo, Bishop of Dili, Senior Minister & Nobel Laureate, Dr. José Ramos Horta, Deputy Prime Minister and Minister responsible for Archives, Ana Pessoa, and The Hon. Janelle Saffin, currently Federal Member of Parliament in Australia, previous to that, Senior Special Advisor to the Ministry of Foreign Affairs & Cooperation – demonstrates the appeal and status the Centre enjoys in East Timor. 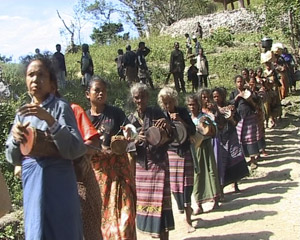 The Centre continues the work of safeguarding existing historical material of vital interest and value to the people of Timor Leste. This has provided for the development of the skills involved in transcription, Master reproduction and data organization of an initial 200 hours of material filmed between 1991 and Independence. Some of the most vital material is in poor condition and needs sensitive and technically-advanced restoration. Agreements have been struck with Australian and New Zealand Film Archives to assist in this process.

To facilitate access, research and, in due course, transmission nationally and internationally, the material is being transcribed in its original languages and then progressively translated into Tetum, Portuguese and English. An extensive catalogue of the material is being developed and agreements are being sought with filmmakers who worked in Timor Leste to house duplicates of their footage and stills at the Centre and, where desired, to market this footage through the Centre. 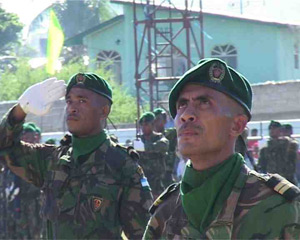 The Centre has already developed strong relationships with overseas institutions ~ affiliations which it sees as mutually beneficial. Students and interns from Portugal, Australia and Brazil, working alongside Timorese at the Centre, are exploring specific topics as part of their national postgraduate degrees. Their disciplines are wide-ranging, from history, politics, journalism and film studies through to religious studies and music.

“We believe that (the Centre) is highly innovative in its design, and will facilitate Timor-Leste in its efforts to unite and secure the identity of its people as the new nation moves towards democracy and attempts to heal its past.

“This Centre, however, will contribute not only to its home nation but also to the entire region. New Zealand and Australia have committed significant resources to assist in the development of Timor-Leste and initiatives such as the Centre will help provide a permanent infrastructure.

“This infrastructure will nurture a range of different cultural and educational activities: from archival and historical research, through music recovery, to an exploration of pre-colonial Timorese culture, hence providing resources that Timorese and international scholars and researchers can draw upon.” 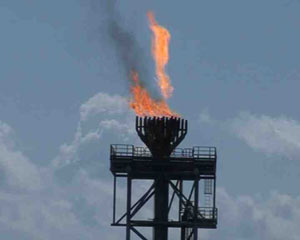 DEVELOPMENT OBJECTIVES
• the development and maintenance of the Centre’s core activity: collecting, safeguarding, archiving and enabling access to the valuable existing audiovisual documentation of key moments and aspects in the nation’s history.
• Outreach & Education: researching, seeking out and recording the cultural heritage of East Timor as it is now being rediscovered in the search for national identity and reconciliation; developing films, educational projects and materials for use in schools and universities in Timor and overseas.
• Technical Training & Capacity Building: assisting East Timorese to develop a stronger film-making and media community, producing films and tapes suitable for local and national use in schools and colleges, and in the study, development and exploration of Timorese Culture history, politics, arts and journalism.
• New Commissions & Research:. archival material facilitates the open investigation of key formative events where evidence is incomplete. Credible, balanced research can provide the tools needed in building understanding, knowledge and democracy, not just in Timor Leste but elsewhere.
While some activities will be discrete projects under one or other heading, each will have a synergistic effect on the others. 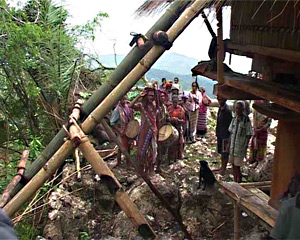 SUSTAINABILITY & CONTINUITY
The Government has shown its commitment to the project with considerable assistance in kind: providing transport, a home in one of Dili’s most prestigious locations, security and service utilities. However there are a number of long term income sources that are already contributing funds, or have the potential to contribute funding, to an important part of its operating costs:

University Linkages: Developing a Regional Resource Centre
The material in the Centre is of great interest beyond Timor Leste’s borders. The first students (in journalism, communications and film studies) have begun internships at the archive, providing both funding and technical knowledge to a partnership with East Timorese working at the archive who, in turn, bring experience, insight and language skills of enormous value to such students. Several foreign universities are in discussions regarding sending students in the fields of journalism and communication. There is clear potential in others, including Digital Arts, Asian Studies, Peace Studies, International Law, Development Studies, Anthropology and Environmental Studies, and the study of emerging international institutions such as the UN which have a crucial and developing role in conflict and development. 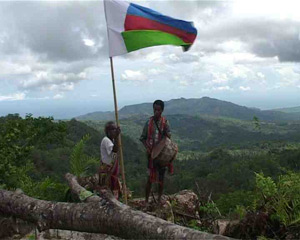 Music and Culture
The Centre’s expertise and equipment is currently providing archive facilities and recording skills for the Tekee Tokee Tomak project, a not-for-profit musical education charity in Australia that has begun a parallel project to archive East Timor’s rich tradition of indigenous music and songs in cooperation with the Centre. Indeed, the Centre has potential and proposed partnerships across the Arts, with a close relationship with Timor Leste’s innovative Free Art School ‘Arte Moris’ inside Timor Leste, and outside it, in the development of partnerships in the region. We are developing opportunities for joint fundraising, costs, skills and equipment sharing and skills development for Timorese collaborators. 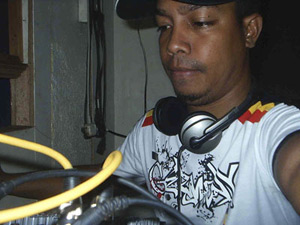 TV and Production Sales
The centre offers transcription and translation services to international television companies, research and editing facilities, and audiovisual archive materials and contracts to sell broadcast and other rights.

Ministry of Tourism, Environment & Investment
Complementing the work of the Centre and the exploitation of its resources is the potential to use, originate or source material which would form part of an Image Bank for the country for tourism, investment and environment communications, including sales to tour operators, FDI agencies, and commercial companies.