As a result of East Timor’s struggle between 1975 and 1999, its traditional musical culture has either disappeared or remains deeply hidden. This project has collected the music, dance and songs of all kinds from all thirteen districts of East Timor, for archival and other purposes. Whilst it has been important to record the old people of East Timor performing traditional music, and telling the stories of this musical culture, of particular interest has been recordings of young people who have embraced their culture. Most young people of Timor are in tune with the popular music culture of the western world, however, this is at the expense of their own culture. In many districts much of the traditional musical culture has vanished. Tekee Media hopes through the promotion, publication and education of materials collected that the young people of East Timor will embrace their traditional musical culture. The publication of the book Lian Husi Klamar ~ Sounds of the Soul : The Traditional Music of Timor-Leste by Ros Dunlop, is the product of the years of research by Tekee Media and the first publication of the Traditional Music of East Timor. The book is image rich and designed to appeal to a wide variety of readers, with accompanying CD and DVD it takes the reader on an audiovisual journey. 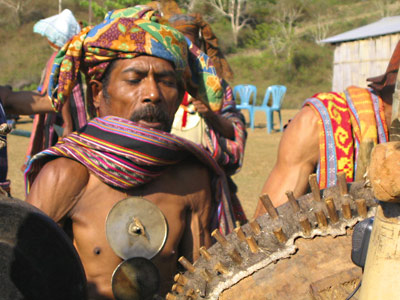 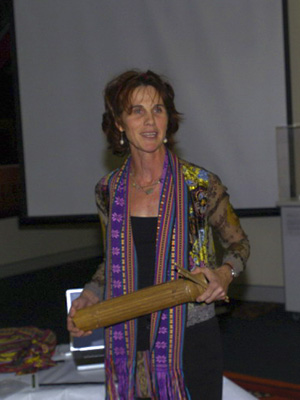 Numerous people and organizations have assisted the Music Recovery Project.  In Australia the Australia Council for the Arts, City of Sydney Council, Leichhardt Municipal Council, The Boite in Victoria, The Kangaroo Valley/Remexio Partnership and some individual donations. Tekee Media’s presentations for schools in Australia has also helped to fund the Music Recovery Project. In East Timor this project could not have happened without the collaboration of the Timorese. The traditional musicians who understood the importance of a permanent record being made and the students and directors (Luca and Gabi Gansser) of the art school Arte Moris, and the director (Max Stahl), staff and young people of CAMSTL (Centro Audiovisual Max Stahl Timor Leste). Embassies, in particular the U.S.A and Timorese government bodies, especially the Secretariat of State for Culture have assisted the project through the years.

The preservation, through recording, transcribing and live performance (in Australia, East Timor and elsewhere) of the traditional musical culture of East Timor. The establishment of a self-sustaining program that will provide educational and employment opportunities for East Timorese people and profile for musicians in Timor-Leste and beyond. 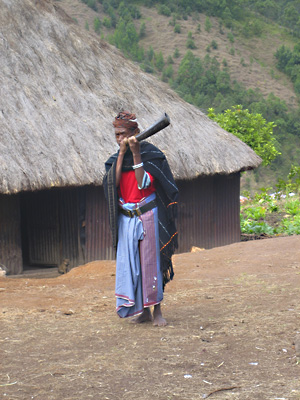 Elder playing the Cow Horn (Karau Dikur) in the mountain village Mulo a subdistrict of Hatubuiliku.

Since 2003 Ros has conducted an ongoing program in Sydney to collect musical instruments for East Timorese musicians to replace those destroyed in 1999. Through further acquisition of instruments, and contributing to and nurturing the reestablishment of traditional music and culture, our project seeks to give support to a profoundly traumatised and dispossessed group of people. Music and song are accepted methods of assisting in the problems associated with such trauma and in aiding the healing process. 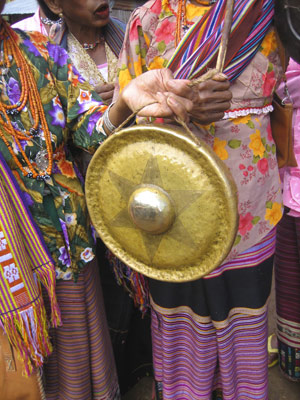 A longterm goal of the music project is to assist in the ongoing self-sustaining program of musical training of Timorese educators of all genres of music, in particular traditional and popular music. To help Timorese musicians in Timor establish a music centre in Dili to be run by Timorese musicians. This centre would be the place workshops and small concerts could be staged. Where instruments, accessories and a listening library could be housed. 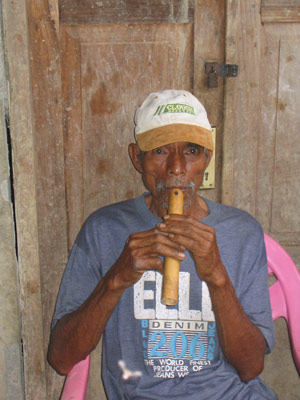 Through the research and recordings of music and dance from the 13 districts of East Timor many good contacts with directors of groups performing traditional music and dance have been made.

We hope to help set up a national registry of musicians and groups (particularly traditional music). Tekee Media aims to make CDS and DVDs of music each district so that traditional music groups who have recorded for Tekee Media can have a record and promotional materials for visitors to their village (in many villages people have never seen a photograph of themselves let alone a film!).

In time Tekee Media would like to encourage eco tourist companies to employ local traditional groups to perform for tourist groups, this will provide income to musicians in these villages with the added benefit of promoting their music.

Assist in promoting traditional music and musicians outside Timor, in indigenous music festivals such as WOMAD and Pacific Arts Festivals. 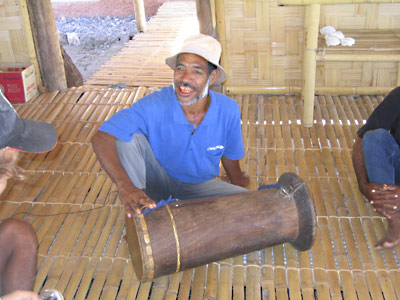 In 2007 the ABC Radio National show “Into the Music” produced a program on the traditional music of East Timor called “A Musical Tais – Recovering the music of East Timor” with Ros Dunlop produced by Robyn Ravlich with Sound by Steven Tilley. This ABC program won the Best Music Special at The New York Radio Festival in 2008. 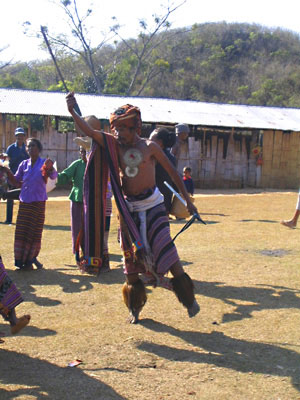 Tekee Media acknowledges the support from many sources for the music Recovery project including Air North, AusAudio, City of Sydney Council, Digidesign, Flight Centre, Intelliware, the Kangaroo Valley/Remexio Partnership, Leichhardt Municipal Council, the Mary MacKillop Institute of East Timorese Studies, Reeds Australia, and the Sydney Guitar Centre. The Australia Council for the Arts and violin maker, Harry Vatiliotus. Department of Education through its special interest group, The Boite in Victoria, and Mark Rhomberg. Our grateful thanks to them all. 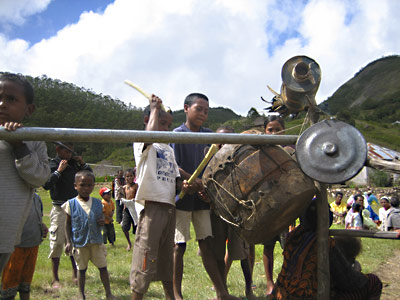 Timorese boys from the mountain village Mulo, near Mt Ramelau playing the tohin and gongs.